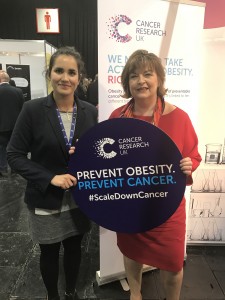 “Sadly we will all know someone who has been affected by Cancer. Cancer affects more and more people every year and despite four in ten cancers being preventable, not enough of us know that obesity is the single biggest preventable cause of cancer after smoking. Given the devastating impact that cancer has on families across West Lothian, it’s vital we take action on obesity.

“We mustn’t let obesity continue to be the new normal in Scotland, and that’s why I’m joining forces with Cancer Research UK and the Scale Down Cancer campaign.”