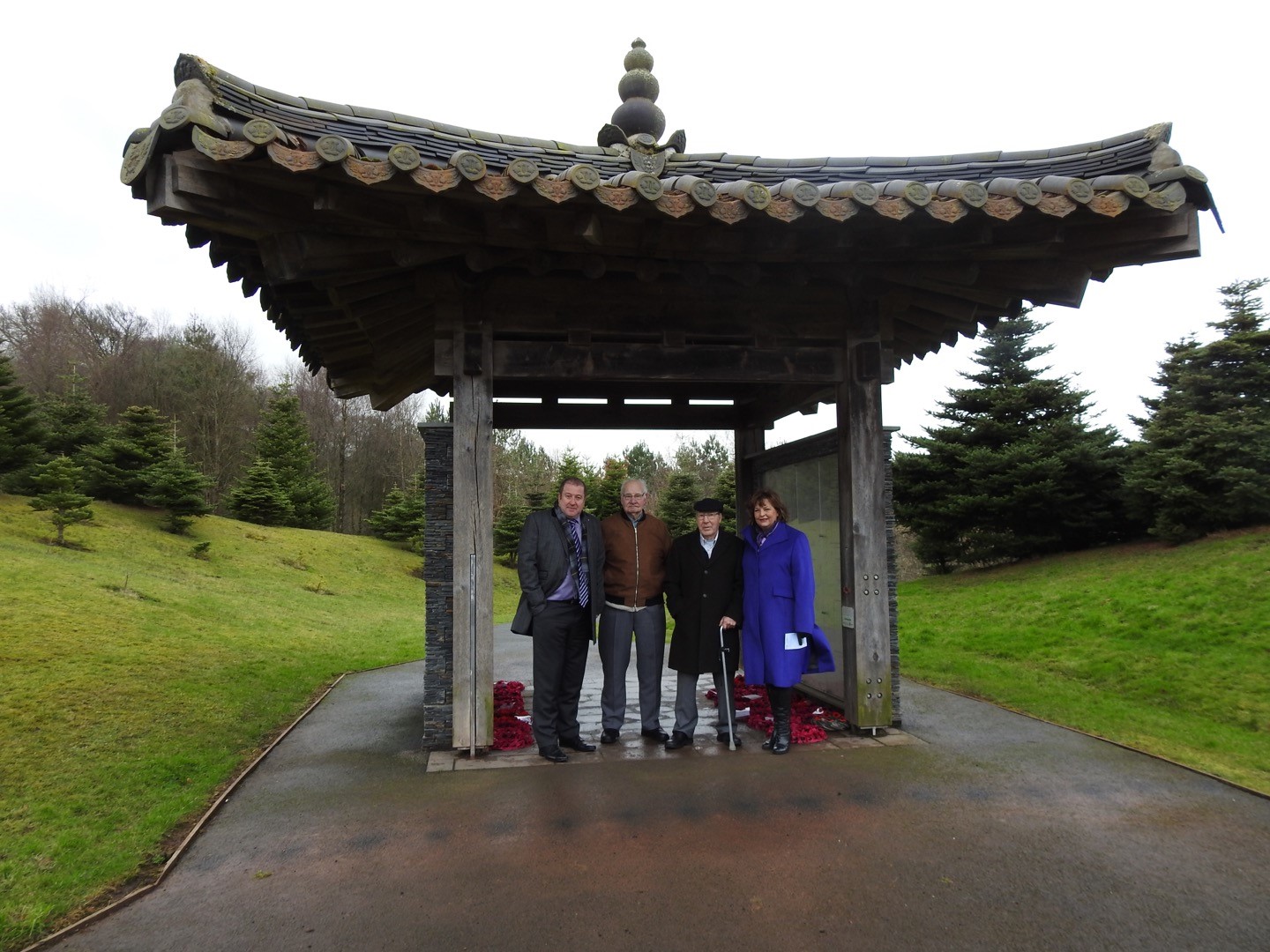 Fiona Hyslop MSP for Linlithgow Constituency invited the Minister for Parliamentary Business and Veterans, Graeme Dey, to visit the Korean War Memorial in the Bathgate Hills.

Fiona wrote to the Minister asking that he encourage Transport Scotland to find a way of including the Korean War Memorial in Bathgate on the current M9 Brown signs and to add a new sign on the M8.

“I was pleased to welcome the Minister for Parliamentary Business and Veterans to my constituency and introduce him to members of the British Korean War Veterans Association.

“I am also pleased that having directly communicated with the Veterans Minister on the importance of having the brown tourist signs on the M8 and M9 directing tourists to the Korean War memorial, that the Scottish Government has entered into discussions with Transport Scotland to task them with scoping a potential review of its signage policy as it pertains to war memorials that are of national significance.

“The memorial, which was hand made with Korean tiles by a Korean builder, is surrounded by 110 Korean Fir trees and around 1100 Scottish trees representing the servicemen who were killed. It is also the only Korean War memorial in Scotland. It is a peaceful and moving tribute to those who fought and lost their lives in Korea and I would urge constituents who have not visited the spot in the Bathgate hills, to see it for themselves.”

Info on the Korean War Memorial:

At the entrance of the site sits the landscaped Korean War Memorial garden which, to the centre, has a historic Korean style wood and slate crafted Pagoda amidst two grass mounds, arranged like the Ying and Yang.

On the mounds are 110 Korean Fir trees and around 1100 Scottish trees representing the servicemen who were killed.

The site, which is the only Korean War memorial in Scotland, opened on the 20th June 2000, marking the 50th anniversary of the war’s commencement.

It was created by the Lothians and West of Scotland Branch of the British Korean Veterans Association and has been managed by West Lothian Council since 2006.

During 2013, a new and more permanent Pagoda was constructed and a service was held to re-open the garden. This peaceful and considerate national memorial offers a tranquil environment for taking a quiet moment to reflect.