Fiona has worked for the last four years as part of the SNP
Government’s strong experienced team delivering for West
Lothian and Scotland. Locally, Fiona has worked with the SNP led
West Lothian Council to deliver on local priorities.

You wanted to keep health care local…
• and so we kept services at St John’s, transferred others from
Edinburgh, protected NHS spend and abolished prescription charges

You wanted safer and stronger communities… • so we now have 1000 more police on the beat and a 32 year record low
in crime. We used cash taken back from criminals to help fund the new
pitches at Broxburn United Football Club and the new clubhouse is being
funded with support from SNP Government and SNP led council 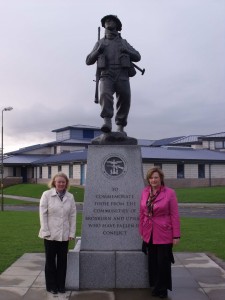 You wanted free education…
• and I was the SNP Minister who introduced the Bill in Parliament to
abolish the graduate endowment back-end tuition fee saving students
and families £2,300. We grew the role of colleges and skills and training
and as an SNP Minister I introduced the ‘adopt an apprentice’ scheme,
saving hundreds of jobs through the recession.